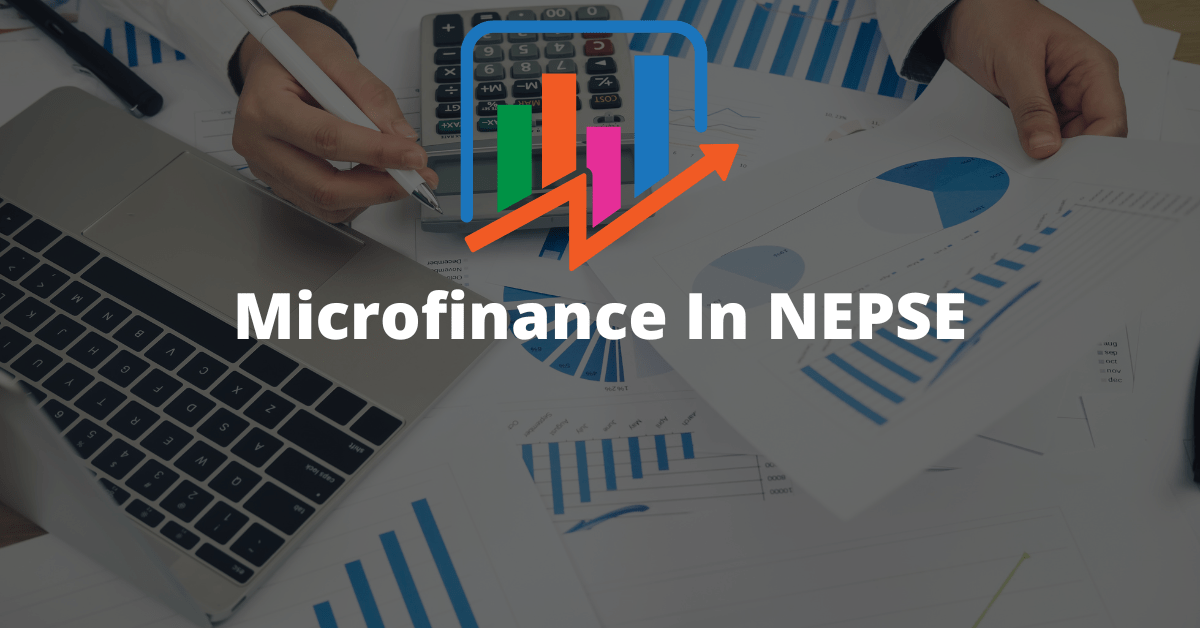 Micro-finance is a financial institution, which provides the microloan to the low individuals or group to generate the basic income source. Furthermore, this type of financial institution is popular in developing countries such as Bangladesh, Uganda, Nepal, and Serbia.

As per the report of the world bank, more than 500 million people are benefited from Microfinance all over the world. Microfinance contributed a lot to the Nepalese economy and there are more than forty listed Microfinance in NEPSE.

There was a couple of rural bank in the Western and Eastern part of Nepal in 2050. These banks used to supply microcredit in a rural area but it was not affected as it supposed to be. Finally, in 2050 BS much non-governmental microfinance like Nirdhan, Chhimek started to operate as microfinance.

Currently, the market price of Microfinance is relatively high as compared to other financial institutions. Limited outstanding shares, good dividend and bonus capacity, high demand and low supply of share is the major reason of stock’s high price.

And, after a comparison of paid-up-capital, dividend distribution, Reserve and Surplus, Deposit and borrowing, Loan and Advance, Net Interest Income, and operating profit we listed the top five microfinance for investors.

As compared to others, FOWAD microfinance’s stock market price is high. Recently, many microfinance is overpriced but these five companies are still good to buy.

Here operating profit, Deposits, and borrowing are presented on the basis of the fourth-quarter report of 3076/77. So, the above five companies are good for long-term investors.

Future of Microfinance’s in Nepal

Many investors are investing their amount in the Microfinance sector. There is high competition between different microfinance companies. All microfinance stock’s prices are high. Also, Microfinance in Nepal are transparent in their financial and social activities and they are regulated by NRB under different Act so, this sector is safer for investment.

All microfinance have positive financial status and they are spreading their branches in different locations. Empowering women and support for small and medium enterprises are the major purpose of Microfinance in Nepal.

2 thoughts on “Microfinance In NEPSE”