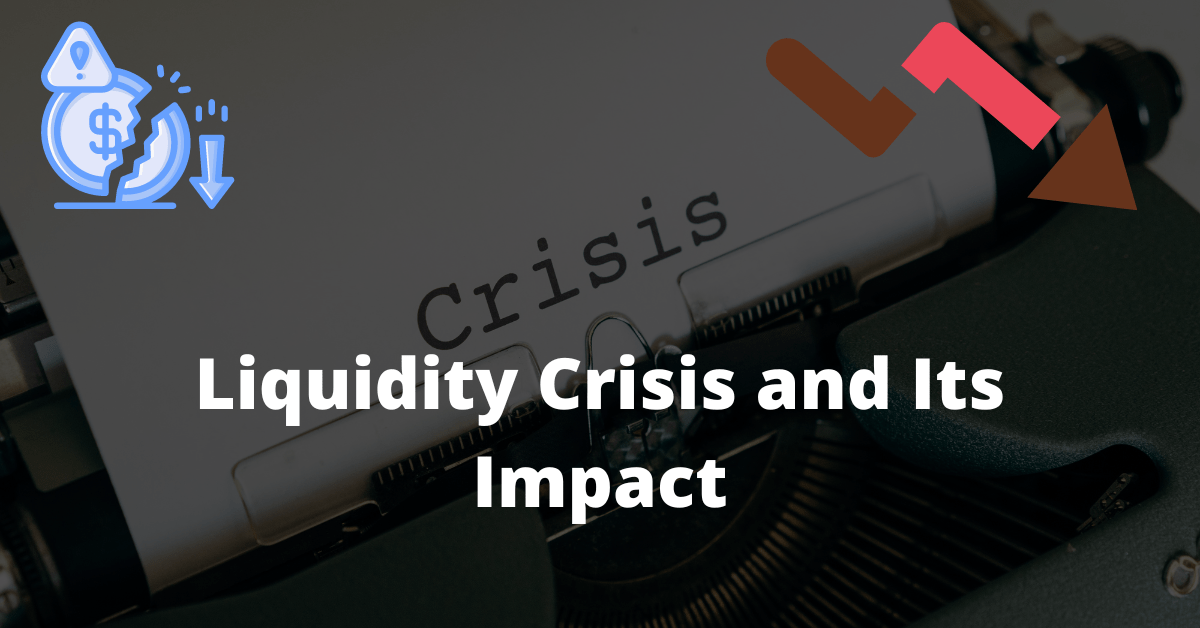 The liquidity crisis has become a serious issue for both developing and developed countries.  Liquidity is all about converting assets into cash with little or no loss. Cash, bank balance, investment in liquidity, treasury bill, saving bonds are the liquidity for the banking sector.

Central banks issue different rules and regulations to avoid the liquidity crisis. Generally, if banks are unable to give back money to depositors within the demanding time because of cash shortage then it is a liquidity crisis.

Currently, Nepal is facing a high liquidity crisis. As per the review of Monetary Policy published by Nepal Rastra Bank, NRB sends almost Rs 10.2 Kharba within the first quarter to the bank to maintain the liquidity in the economy. As per the NRB data published on 15/12/2021, all the banks and financial institutions have Rs 4,792 billion deposits however they lend the amount of Rs 4,591 billion.

Also, the data shows that the CD ratio is nearly about 91.24 which is the maximum. According to Nepal Rastra Bank, all kinds of banks and financial institutions (A, B, C, D category of bank) can invest an optimum 90% of their total deposit. Nepal is facing liquidity volatility for a long time.

The major reason for liquidity volatility in the market is the overdependence of banks on institutional depositors rather than individuals. The pension fund and the insurance industries are the major depositors for the banks. As per recent data, almost Rs 135 billion of pension and insurance deposits were exited from the banking sector.

Likewise, the inflow remittance also decreased and imports increased which also leads to the liquidity crisis. According to the customs department, the cash inflow from remittance is decreased by Rs 172 billion within the first quarter of the fiscal year.

The liquidity crisis is being a great problem for the Nepalese economy. Liquidity crisis leads to inflation, decrease the value of money, lack of money for investment. The major reason is as follows:

In Nepal, currently many banks are unable to meet the criteria about Cash Deposit Ratio (CD Ratio). According to Nepal Rastra Bank (NRB), all types of banks should maintain a CD ratio of 90%. It means if you get the deposit of Rs 100, the bank can lend a maximum of Rs 90. But currently, banks CD is more than 90%, and some banks invest around 92% of their deposit.

The bank should reserve 10% of their deposit at the Central bank to maintain the overall cash flow. This is a real problem for the bank because to maintain the CD ratio they have to borrow money at a high-interest rate which increases the overall cost of the bank and leads to the collapse of the bank. Nowadays, banks are more focused on their business rather than the central bank guidelines.

In Nepal, banks are focusing on short-term profitability compared to long-term strategies and effects. Also, as per NRB, the bank should maintain the  Core and Capital Plus Deposit (CCD) of 85%. Recently, almost all banks crossed their CD and CCD margin. The bank’s overall lending already crossed the marginal rate. Banks also invest their huge amount in the unproductive sector.

The budget expenditure in the current year, till 16th December 2021 is 6.59%. It’s almost half of the fiscal year is gone but still, the capital expenditure is in single-digit which really bad for the economy and county’s overall development.

This year almost Rs 4.39 Kharba were separated for the capital expenditure, however, just 28.98 Arba spent in the first five-month (till 16th December). The government failure is the main reason for low budget expenditure in limited time.

Ministry of Finance and Nepal Rastra Bank is the main institution of Nepal for allocating budget and spending accordingly. In Nepal, the ministry of finance is led by people who do not have a good professional economic background. Also, NRB is influenced by political decisions and instability.

Liquidity is the failure of the central bank and finance ministry. Proper rules and regulations, the vision of economic growth, long term policies need to make and implemented by NRB to flow the liquidity smoothly in the market.

The liquidity crisis is becoming a serious issue for the Nepalese economy. Declining remittance is an important factor in a liquidity crisis. As per the current report, Nepal’s current remittance of the first 4 months is 6% is less compared to last year. Currently, the ministry of finance gives orders to all ministries to spend at least 30% of capital expenditure within the month of Poush.

So, to bring the overall economy on track banks and financial institutions should leg up and NRB and Finance Ministry should play reactive and proactive actions. This, not the very first time Nepal is facing a crisis of liquidity, it’s happening for a long time in Nepal which shows the inefficiency of NRB, Finance Ministry, and banking sectors.

As per view, the government of Nepal and Nepal Rastra Bank should stand in the front line to solve this liquidity crisis problem for the long term. Also, NRB should focus on stable the interest rate because unstable interest rates led to the closure of the business and industries.

FAQs on Liquidity Crisis and Its Impact