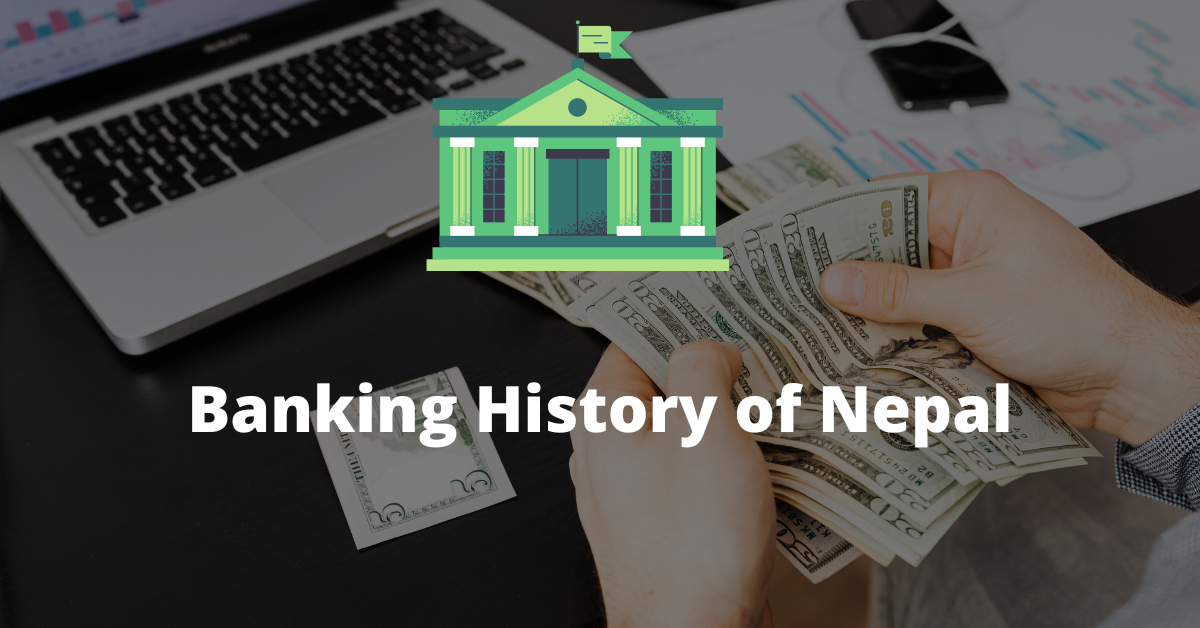 The bank is the institution that deals with the money. The main function of the bank is to promote the trade and industry of the country by managing the demand and supply of money. The history of the banking sector of the world is started in 1100 AD. The modern banking system was started with the establishment of the Bank of Venice in 1157 AD in Italy.

Although world banking has a long history, Nepal’s institutional banking system started almost 8o years ago. Before that people ask different people for “mudra”, for example; during the Malla regime there used to be “Tankdhari” who gave money to needy people, during the age of Prithvi Narayan Saha, all financial transaction were managed by “Koishi Tosha Khana”, likewise Jang Bahadur Rana established “Mulukikhana” to manage all financial transaction.

So, Nepal had some unofficial institutions to manage financial transactions before 1994 BS, so this era is taken age preliminary age for the development of the banking system.

This was the first bank of Nepal so this bank had to play the role of the central bank and operate the function for the government as well. Later, in 2013 BS NRB was established under the act of 2012 BS. This bank regulates all the banks in Nepal as well as this bank is known as the bank of the bank, and the bank of government.

After 2022 BS, there was not established in any banks for the next 20 years, however, after the liberalization policy many financial institutions were established and some of them were joint ventures with foreign banks.

After the establishment of that bank, the banking sector developed so rapidly and within three decades now there are 28 commercial banks, 22 development banks, 20 finance companies, and 36 microfinance. Currently, in Nepal, the banks are divided into four categories which “A” for the commercial banks, “B” for Development banks, “C” for Finance companies, and “D” for Microfinance.

Finance company established with the motto of providing investment opportunities to the lower class. Currently, there are two types of financial companies in Nepal which are national and regional. Recently, Nepal Rastra Bank increases its requirement of paid-up capital.